A Synchron-aligned advice firm has announced it made an appointment in Adelaide, a move that expands the firm’s national footprint and leverages its virtual office model.

With Ms Abrahamson based in Adelaide and the head office based in Sydney, Mr Millard said the appointment is a piece to the firm’s innovation.

"We don’t have to expand in the city that we all live and work. With the right relationships and with the right people on the ground, we can really service clients in any area of Australia, and they don’t necessarily have to be by people who live in that particular city or town," Mr Millard said.

Millard said that, alongside co-founders Andrew Black and Mas Pourgholami, it wasn't their intention to adopt a remote-work policy through a virtual office arrangement.

But it became an obvious choice after the first year in operation, believing it to be the business model of the future, Mr Millard said.

"The typical advice business is, ‘We operate out of an office, and the client comes to meet us in the office’. Between the three of us, we were burning around six hours a day commuting into an office," he said.

Mr Millard recounted sitting in a doctor's surgery, sending messages through Asana – a task management app – and checking the progress of where everything was up to, completing just as much work waiting for the doctor as he would if he was sitting at home or in an office.

When it comes to innovative advice software, Mr Millard said it "must be cloud based and mobile optimised" so that it can allow you to work from anywhere.

"It is certainly an industry that has been slow to adopting new technology into a business so that it can operate far more efficiently, and that’s where these technologies have allowed us to do so," he said.

"All of these services work on our mobiles, on our iPads and on our laptops." 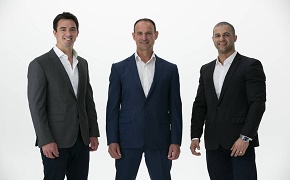