The CEO of a direct life insurer has said customers with life insurance policies attained through advisers are “not getting good value for money” when compared to direct policies.

“We do think the industry is broken at the moment. It does need fixing and I know there are big changes but, if you go through advisers, you’re not getting good value for money,” Mr Brown said.

“A lot of direct opportunities are great value for money, and lapse rates are high.”

Mr Brown also mentioned his support for the current life insurance reforms in his acceptance speech, further adding that it’s in the culture of the business to be doing the right thing by customers.

“We’re big supporters of the reforms that are happening, and I know that a lot of people in this room are trying to do the right thing and support the reforms as well," he said.

“I suppose that makes this particularly pleasing for us, because we do think we’re at the forefront of doing the right thing by customers and we do think it’s in the culture of the business, and we really genuinely believe in it.”

As well as the Overall Excellence Award, NobleOak also won the TPD award as well as the Trauma - Rider award.

Other big winners during the ceremony included TAL, winning four awards including the Income Protection and the Customer Service award, as well as OnePath, winning awards for Trauma - Standalone and Accident Cover.

Last week, MLC announced it was expanding the distribution of its direct-to-consumer life insurance product via NAB's 760 branches. 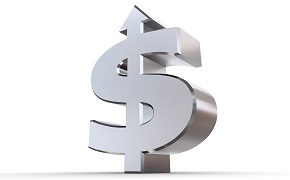