The LIF reform is an “ill-conceived” solution that will only worsen the industry’s problems, similar to London’s response to the Great Plague in the 1660s, says financial adviser Jason Meotti.

In a LinkedIn blog post yesterday, Mr Meotti – senior financial planner at Sentry-aligned Financial Fitness WA – said LIF is the government’s solution to “churn”, but it will only make it impossible for advisers to make a living.

“The end result will be less advisers working with consumers and instead clients dealing direct with the insurers and taking out policies that are more expensive, less comprehensive and harder to claim on,” Mr Meotti said.

“The longer this system runs and the more examples that are reported of people holding worthless policies they can’t claim on, the worse the situation gets and then the very viability of the life insurance sector in Australia will be at stake.”

Mr Meotti predicts that regulators and politicians will later review the industry to find that advisers were not the problem.

“Of course, by then the vast majority of risk advisers will have departed the sector and it may be too late to restore the system to ‘balance’ by attracting new and former advisers to the sector,” he said.

“To do so, they’ll likely have to offer upfront commissions similar or even higher than those currently on offer.”

Mr Meotti compares this situation to the London’s response to the Great Plague in the 1660s, when the solution to end the disease was to eradicate stray animals.

“We now know that the plague was actually being spread by fleas living on rats and what do you think was the main source of keeping this vermin under control? You guessed it, the stray cats and dogs,” he said.

“Ultimately, this ‘solution’ only compounded the problem and tens of thousands of people died needlessly because of an ill-conceived and non-evidence-based ‘solution’.

“LIF is going to have exactly the same impact on the life insurance sector in Australia – with consumers ultimately being worse off and governments’ footing the bill through increased welfare and sickness benefits.” 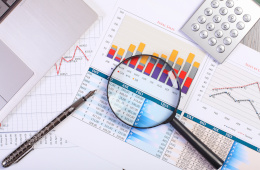