A recent WA Supreme Court decision that the proceeds of total and permanent disability insurance policies are beyond the reach of creditors in bankruptcy cases will have national implications.

In Berryman v Zurich Australia [2016] WASC 196, the court determined that the provisions in Australia’s Bankruptcy Act 1966 put TPD benefits beyond the reach of creditors where bankruptcy of a claimant is involved.

Shine Lawyers partner Alex Moriarty said the supreme courts of other states should pay attention to the ruling.

“The Bankruptcy Act is national legislation and while the Western Australian Supreme Court decision isn’t binding in other states, other state supreme courts are required to take serious note of it,” Mr Moriarty told ifa sister publication Risk Adviser.

“The decision and the law is good because it’s interpreting the Bankruptcy Act in the right way and so I expect if the question comes before other state and territory courts they’re likely to follow this decision.”

Mr Moriarty added that insurers cannot adjust their construction or drafting of TPD policies because the protection is a statutory one.

“No one, including insurance companies, can contract out of the Bankruptcy Act’s statutory provisions,” he said.

“All [the decision is] telling insurance companies is that they need to pay a TPD claim whether the claimant’s in bankruptcy or not.

“It’s not a factor that should come into their thinking and, in this case, Zurich thought Mr Berryman’s bankruptcy made a difference to whether or not they needed to pay under the policy," Mr Moriarty said.

"It turned out they were wrong and that was not the correct interpretation of the Bankruptcy Act.” 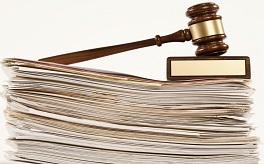