The AFA has said it will validate all forms received calling for an extraordinary general meeting in order to ensure that the required threshold has been reached.

Yesterday, ifa reported that the minimum number had been submitted. However, the AFA said in a statement it is now required to verify each individual form, noting that an initial check found some of the forms had been submitted by non-AFA members and some were incomplete.

The AFA added that several duplicate forms were submitted by the same persons.

“It will take the AFA some time to correctly verify those forms that are incomplete or appear not to be from members,” the association said.

“It is therefore not readily apparent that the statutory limit has been reached.”

At least 5 per cent of AFA voting members need to support the request if an EGM is to be called.

The AFA said the notice calls for members to vote on a special resolution that seeks to change its constitution in a manner that restricts its board "from deciding policy positions in relation to life insurance for a period of three years".

The special resolution would require support from at least 75 per cent of the votes cast to be passed. 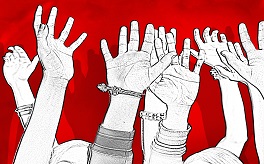