UK independent financial advisers (IFAs) will outsource the management of a greater share of investment assets in the future, research from US-based firm Cerulli Associates suggests.

The research indicated that the IFAs surveyed outsourced 41.7 per cent on average of assets under administration this year, a rise from 41.4 per cent in 2015.

“The smaller players are more likely to have to outsource investment allocation,” she said.

The survey also found that almost two thirds (64.4 per cent) of the IFAs surveyed outsourced to a discretionary fund manager, followed by multi-asset funds and multi-manage/funds of funds, each of which were used by 53.3 per cent of advisers.

More than one third of IFAs (35.6 per cent) outsourced to platforms’ model portfolios, with only 2.2 per cent using robo-advisers. 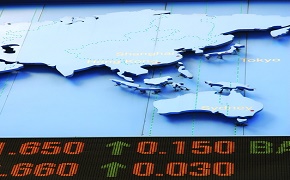