The industry has welcomed the government’s move to have major banks appear before Parliament on an annual basis, but others have questioned the need for such reporting.

In a statement released yesterday, the government announced that Australia’s big four banks will be required to stand before the House of Representatives Economics Committee at least annually to report on market developments, pricing decisions, and several other key issues.

Australian Bankers’ Assocation (ABA) chief executive Steven Münchenberg said the industry “welcomes the opportunity to discuss the international and domestic context for banks”, but noted that having to validate commercial decisions was not required of other industries.

“The Federal Government is entitled to call the banks before a parliamentary committee; however, no other businesses are required to justify their commercial pricing decisions in this way,” he said.

The government said the new arrangements “will ensure that the banks are regularly, and permanently, accountable to the Committee”. However, the ABA noted that interest rate decisions, a core component of these reports, are based on “the costs of funds and the pressures of a highly competitive market, not the Reserve Bank cash rate”.

Mr Münchenberg added that “the Reserve Bank’s cash rate has not mirrored the actual funding costs of banks” since the start of the 2008 financial crisis.

“We are confident banks can explain why the interest rates they set for borrowers are determined largely by the costs of funds and the pressures of a highly competitive market, not the Reserve Bank cash rate,” he said.

NAB chief executive Andrew Thorburn said balancing the needs of all stakeholders was a “key responsibility”, and that NAB welcomed the decision.

“We look forward to the dialogue around how we balance these important themes – the delicate balance between different stakeholders; outlining the full cost of being an unquestionably strong bank; and bringing further insight to the topic of how we set our interest rates,” he said. 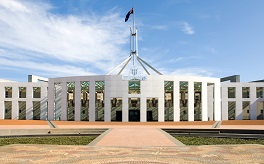