ANZ has won in a long-running class action suit brought against the bank by IMF Bentham, which claimed the bank’s late payment fees were unfair.

ifa reported in August 2013 that litigation funder IMF Bentham was backing a class action against ANZ and other banks over late fees charged to consumers.

In an announcement yesterday, ANZ said the High Court of Australia had ruled in its favour and determined the late fees were “neither unjust nor unfair”.

“We are pleased with today’s decision by the High Court confirming that our late payment fees on credit cards are legitimate and fair,” said ANZ group executive for Australia, Fred Ohlsson.

“Today’s decision by Australia’s highest court brings to an end this lengthy and expensive litigation funded by IMF Bentham which we have long held [to be] without merit.

“This effectively puts this lengthy legal case behind us. It allows ANZ to continue its focus on providing the products our customers value supported by great services,” he said.

In April, NAB reached a $6.6 million conditional settlement with members of a similar IMF Bentham-funded class action. Clients of NAB settled the action in relation to claims for repayment of certain exception fees on 18 March 2016, with the settlement approved by the Federal Court. 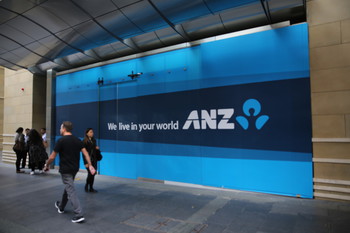