Former Guardian adviser gets own AFSL

A well-known former Guardian-aligned adviser has become self-licensed, saying that leaving the dealer group was upsetting but ultimately empowering.

"We use a lot of systems, but we're also doing a lot of other stuff that's about communication and financial literacy, and so we constantly want to be innovating in that space," she said.

Ms Diamantidis said she feels very positive about her decision, adding that Suncorp's dissolution of the Guardian Advice licence – announced in November 2015 – is probably “representative of where a number of other large institutions are potentially going”.

ifa found that, according to ASIC data, of the 87 former Guardian advisers who left the dealer group following the November announcement, 77 moved on to non-aligned licensees.

“A big change like that is naturally difficult and, at the time, upsetting, but it empowered us to get moving on an outcome that was, in the end, better for us,” she said.

“I’m really comfortable with being able to be a master of our own destiny. That's something I feel really good about now.”

Ms Diamantidis said she submitted her application to become self-licensed before the end of last year, before moving on from Guardian at the end of April.

However, she said the experience of everyone within the group will be different and she empathises with advisers who had a long history with Guardian.

“Some of the advisers within Guardian have been there for a long time, and I think there would be a lot of heart and soul in that for them,” Ms Diamantidis said.

Former Guardian adviser gets own AFSL 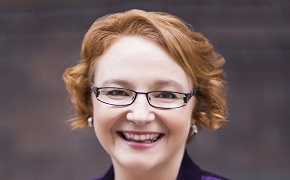