The AIOFP has called on all independent and non-aligned advisers to cease being members of the AFA and FPA, arguing that these organisations no longer represent the interests of practitioners.

Addressing members at the association’s offshore conference in Colombo, Sri Lanka, yesterday, AIOFP executive director Peter Johnston revealed his association has recruited 49 individual advisers over a 10-week period – including a number of risk specialist practitioners – with many voicing disappointment with the AFA and FPA for their role in supposedly cooperating with the FSC in developing the Life Insurance Framework (LIF).

Mr Johnston said that while IFAs that are members of these organisations may be well-intentioned, they are also inadvertently helping to increase the political influence of the institutionally-aligned sector.

“All these advisers are doing is funding the enemy to act against their own interests. Being a member of [the AFA and FPA] gives them greater leverage to say that they represent the entire industry and not just those aligned to the insurers and institutions,” he said.

“When you get your next membership renewal notice, just ask yourself: who are you really supporting?”

While Mr Johnston has previously argued that the various adviser associations should be “homologous”, and that the AFA should stick to representing risk and life insurance advisers, he says the AFA’s role in working with the FSC to create the LIF means the former Life Underwriters Association has abandoned its core constituency.

“The AFA has proven that it is supporting life insurers and not risk advisers by caving to their demands on hybrids and clawbacks,” he said. “We are now getting an influx of risk advisers looking to join the AIOFP.”

The AFA and FPA had left the federal government with the misguided impression that all advisers support the LIF, he claims, reflecting on recent discussions with Small Business Minister and Assistant Treasurer Kelly O’Dwyer.

“The FPA and AFA are compromised,” Mr Daly said. “They do not represent the views or interests of the independent sector and we cannot rely on them to support our needs.”

Mr Daly indicated that while the AIOFP has sought to find common ground with rival associations in recent years – including through participation in a number of government-overseen forums – it cannot forgive the role these organisations played in allegedly succumbing to insurer demands during LIF negotiations. He argued that the AIOFP will instead focus its efforts on representing a “united independent sector”.

However, both the FPA and AFA have maintained that had it not been for their involvement in the LIF process, risk advisers would have received a less generous arrangement than agreed to in the LIF.

“We could [have] ended up with something like a nil commission [model],” AFA president Deborah Kent said in a communication to members in late 2015.

“There are still others out there that would rather see us have nothing, or [even] level commissions, which was [recommended] in the FSI report."

In April, the AFA and FPA told ifa that their membership base is growing and member satisfaction is on an upward trend. 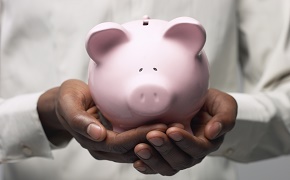