Former NAB-aligned firm gets own AFSL

A multi-state advice firm has moved to its own AFSL after being licensed by NAB-owned Godfrey Pembroke for more than 10 years.

The group had previously been licensed by Godfrey Pembroke from at least 2006, according to the ASIC adviser register.

“The thanks of [executive director] Matt Harrington and I go out to Greg Miller and Nick Hilton of MLC, Greg Pease, Shane Canton and Alan Logan of Godfrey Pembroke and all the previous executives of Godfrey Pembroke that have assisted us over the years,” Mr Jakeman said, noting that Godfrey Pembroke had played a role in Praescius' development.

“I would like to thank my colleagues and mentors who have been generous with their time and knowledge over the past 12 years.”

Praescius Financial Group uses a fee-for-service model and rejects commission-based products, according to the firm’s website. It has offices in Darwin, Sydney, Narellan, Hervey Bay and Brisbane.

Former NAB-aligned firm gets own AFSL 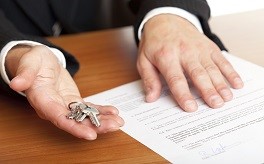