The corporate regulator has warned accountants who are applying for either a limited or a full AFSL to expect that the processing of those applications could take "longer than usual".

ASIC said in a statement that it received 38 per cent of limited AFSL applications in the last month of the transitional period between 1 July 2013 and 30 June 2016.

“The provision of unlicensed or unauthorised financial services in relation to financial products including self-managed superannuation funds is a criminal offence and significant penalties apply,” Mr Kell said.

ASIC warned in early June that accountants who applied for a limited AFSL after 1 March 2016 will have to stop providing SMSF advice from 1 July 2016 until their applications are approved.

Accountants who intend to make recommendations to acquire or dispose of an interest in an SMSF must now hold a limited or full AFSL or become an authorised representative of an AFS licensee, the statement said.

ASIC said that since the start of the transitional period, the regulator has received 1,146 limited AFSL applications.

There are 582 applications awaiting assessment, while two have been referred to an ASIC hearings delegate with a recommendation that they be refused.

ASIC noted that 317 have been granted a licence or have been offered a draft licence, while 264 applications have been withdrawn or returned to applicants because they were incomplete, deficient or missing mandatory information. 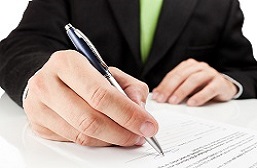