The Association of Independently Owned Financial Professionals (AIOFP) is set to announce new advice relationships with two industry super funds, which were attracted to the group because its members are non-conflicted advisers.

In a message to members, AIOFP executive director Peter Johnston said the group is able to establish the relationships because it can offer a different value proposition from its competing associations.

“We use non-conflicted, independently-owned advisers who are administration-agnostic, willing to use the industry fund as a core platform and charge a genuine fee-for-service to the fund member,” he said.

“We get our FRC service to rate the fund which allows advisers to comply with the best interests aspect of the advice.”

Mr Johnston added that another key difference in its value proposition is the fact that its members are certified financial strategist (CFS) advisers, which gave the funds “comfort”.

“CFS is about mitigation of risk and elimination of conflicts, i.e. [advisers must be] independently owned, use a non-conflicted research source, have relevant tertiary qualification, be ASX-trained, [and have] three years of experience,” he said. 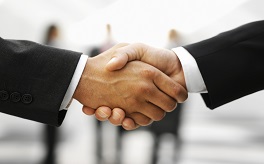