Financial advisers have a key role to play in tackling loss aversion, a behavioural bias affecting retirees and their superannuation, according to global financial services consulting firm Milliman.

In its Insight blog, Milliman principal Wade Matterson describes loss aversion as a common behavioural bias through which an average person feels more pain from a loss than the pleasure they feel from a similar financial gain.

He cited a study by AARP and the American Council of Life Insurers which found that while loss aversion can mislead investors into making poor decisions, retirees are even more prone to this common behavioural bias.

"The average person feels the pain from a loss twice as much as the pleasure they feel from a financial gain," Mr Matterson said in the blog.

"However, retirees are five times more sensitive to losses – an understandable response given their savings is usually at their peak and their ability to ride out any losses is far lower than when they were in the workforce."

"Setting a firm financial plan, which includes investing rules, before big shifts in the markets stir up emotions, forms a key part of tackling loss aversion bias," he said.

"For example, a plan may include a stop-loss strategy to limit potential losses and have a target sell point to lock in gains."

Mr Matterson suggested another strategy to control emotion is to divide a portfolio into buckets for different purposes – certain amounts for short- to medium-term income and for longer-term growth.

"This 'bucket strategy' or 'time segmentation strategy' is one attempt to tackle the tendency of investors to sell out of markets at the worst possible time," he said. 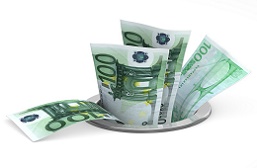