A former CBA financial planner, who was permanently banned by ASIC in 2012, has appeared before a court on a charge of forgery.

In a statement, ASIC said Gold Coast man Ricky David Gillespie is facing one "rolled-up" charge for the supposed forgery of 31 documents. He has appeared before the Southport Magistrates Court.

The case was adjourned for further mention on 4 July 2016. The matter is being prosecuted by the Commonwealth Director of Public Prosecutions.

ASIC alleges that between 1 January 2007 and 13 June 2009, Mr Gillespie forged the signatures of a number of bank clients to whom he was providing financial advice.

Mr Gillespie forged the signatures on applications for financial products and a series of internal CFPL documents in order to meet the requirements of the bank's internal audit process, ASIC claims.

CBA said it welcomes ASIC's actions, saying that CFPL had reported two breaches regarding Mr Gillespie's conduct in 2009 and 2010.

"Commonwealth Bank will not tolerate any unethical behavior and is committed to addressing all instances of suspected misconduct or criminal activity," the bank said in a statement.

"We fully support the actions being taken by ASIC in relation to the alleged misconduct. Culture and ethics are very importance to us and we will continue to ensure our systems, policies and processes support high standards of conduct." 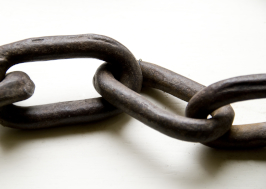