After 10 years in the finance sector, Pamela Anderson decided to strike out and start her own business.

Melbourne-based Pamela Anderson started her firm Beyond iWealth in 2016, fulfilling her ambition of owning her own practice.

“How I started is, I was working for one of the institutes and just decided after I had my second child ithat coming back and doing 8am meetings wasn’t as palatable as it might have been with two young children now,” she says.

“I suppose it was more of a lifestyle choice as well.

Ms Anderson was living on minimum income at the time, having taken leave to have her second baby, so starting her own business didn’t seem to be that much of a stretch.

She had entered the industry 10 years prior to that, working in different roles, including senior management in national finance organisations.

Prior to that, she was working in marketing, working in large companies before she fell into financial services.

“And that’s where I sort of really found my feet, and really sort of fell in love with the industry,” she says.

On starting her business, Ms Anderson adds, “I was really passionate about going into the independent space, or the boutique space, which is what I had done previously.

“I wanted to be able to provide choice to my clients and I really enjoy the strategic side of advice. That was important to me, to be able to offer that.”

Beyond iWealth covers a range of services including SMSFs, superannuation, insurance, and retirement, tax and investment strategies.

“The business is holistic, we do end-to-end financial advice with a boutique licensee, which again is really important for me, to have that choice with the client,” she says.

“I'm very passionate about focusing on strategy and products are just a part of that. It's just the solution to the outcome. It's not the focus.”

When Ms Anderson started Beyond iWealth three years ago, it was a one woman show.

It experienced large growth for a young business, expanding to Adelaide at one time, which she says came from marketing and lead generation activity.

“We experienced some really big growth at one point in time and we had another adviser over in Adelaide and we had two support staff and it was quite a lot of work, to be honest,” Ms Anderson says.

“It came with a whole lot of stress.

The other adviser in South Australia has decided to establish her own practice, with Ms Anderson then returning to just having one support staff on hand.

She likens being the head of her own business to juggling, handling multiple roles in addition to giving financial advice.

“That’s completely a whole new set of skills; you become HR, you become payroll, you become CFO, you become the CEO and it’s all on your shoulders and that can be a challenge, especially I think when you've gone from working for someone who carries all those roles and then you step into your own practice and then you're in that space as well.

“It's been a very big learning curve for me as well, having to learn to do all those things, as well as still being good at advice and making sure you're up to date with all your advice training and all those sorts of things.”

Already, she is somewhat of a specialist in self-managed super funds, which Ms Anderson says has always been a passion for her.

A possible opportunity on her radar is helping older people navigate through the complex system of aged care.

“Aged care has always been an interest, because I've got my father who is potentially having to go into aged care in the next few years,” she says.

“I do have my personal background in it and I think that's going to become a big growth area.

“I love to do the quotations and provide that service to clients, because it's the whole Centrelink impact and costs of going into the aged care facilities and I think that's going to be a big growth area for a lot of advisers in the next few years.” 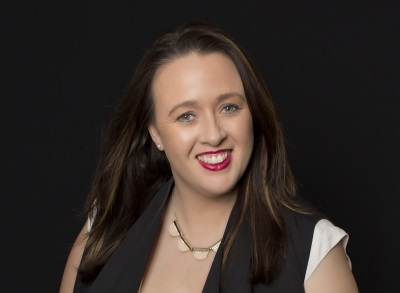 A number of advice and accounting industry associations have expressed their dis...

The adviser research house has announced its chief executive will step down in m...

New research has revealed the extent to which regulatory change is impacting adv...