The Hayne royal commission hearings are done and dusted. Regardless of what is revealed in the final report, the fight continues for Dover Financial director Terry McMaster.

On 24 October 2018, Terry McMaster sent a response to the interim report of the Royal Commission into Misconduct in the Banking, Superannuation and Financial Services Industry, submitted to the Governor-General almost a month earlier on 28 September.

Usually in such a response to something as serious and formal as a royal commission, the first sentence usually goes something along the lines of “We thank you for your efforts...” or “We welcome the opportunity…” and the like.

Not Mr McMaster. No such pleasantries from him. He put up his dukes.

“Unlike others, Dover cannot thank you for your diligence and thoroughness in preparing your report. There is no evidence of either quality insofar as Dover is concerned,” says the first sentence in Dover’s response.

“Your report needs to be corrected for obvious, numerous and serious factual ‘errors’ and the consequential incorrect conclusions you draw from them.

“I place ‘errors’ in inverted commas. I am being polite. To be less polite but more accurate, I put the phrase ‘deliberate misstatements’.

“It could be you, your staff, and/or ASIC. It does not matter. Your report is full of deliberate misstatements.”

To Mr McMaster, the royal commission, headed by commissioner Kenneth Hayne, only had one intention – to help the corporate regulator ASIC build a false narrative on Dover.

As of 8 January, most of the responses to the interim report are now up on the royal commission website.

Curiously, the Dover response is still yet to be seen. Until now. What follows is only a portion of Mr McMaster’s 49-page defence of the licensee that used to have more than 400 advisers under its wing.

The interim report made significant errors that then led to a significantly incorrect conclusion, according to Mr McMaster.

Mr McMaster disputes page 255 of the interim report, which briefly discussed the closure of Dover’s AFSL. It read: “In June 2018, ASIC and Dover announced that Dover would give up its AFSL and cease providing advice.” He says this is completely wrong – that Dover’s closure was not voluntary, and that ASIC forced Dover to close down.

“Further, this sentence falsely implies Dover made an announcement in conjunction with ASIC,” Mr McMaster says. “The royal commission has another critical fact wrong: there was no such announcement. In fact, at first ASIC denied it played a hand in Dover’s closure.”

But perhaps his biggest objection – of which there are numerous – surrounds the false impression it made of Dover’s adviser recruitment processes, namely, its Client Protection Policy.

Dover not only followed ASIC’s processes for recruiting advisers, but exceeded them, he says. But counsel assisting Mark Costello left them out in his questioning of Mr McMaster, despite adviser recruitment being emphasised in both the Dover rubric and his own witness statement. If Mr Costello had asked these questions, he argues that a truthful picture would have emerged.

In particular, Mr McMaster points to the recruitment processes for former Dover advisers Julie Hamilton and Koresh Houghton. The interim report notes the relevant event that led to each adviser being banned occurred before the adviser joined Dover, thereby proving Dover’s pre-appointment enquiries were inadequate.

In the case of Ms Hamilton, it was Colonial First State – her former licensee before joining Dover – denying access to her clients’ data on its platform. For Mr Houghton, it was faking five client signatures after his former CBA-aligned licensee Financial Wisdom refused to sign a client transfer form.

“This is wrong,” Mr McMaster notes. “Each relevant event occurred after each adviser joined Dover, not before.

“The relevant events were the result of unpredictable belligerent behaviour by CBA group companies that could not be detected by pre-appointment enquiries.”

The royal commission’s finding on Ms Hamilton in the interim report went as follows:

“Ms Hamilton was advised by Mr McMaster that she could be an authorised representative within two hours of her advising Mr McMaster that her current licensee, Financial Wisdom, intended to report her to ASIC for a ‘significant’ breach. Mr McMaster’s response was ‘I am not unduly troubled by this’. He said that ‘it could not have happened at Dover because we read over every SoA [statement of advice] twice, and we would have picked up any compliance concerns early in the piece’. He offered for Dover to take Ms Hamilton on as an authorised representative ‘with immediate effect’.”

Mr McMaster calls this finding incorrect. He says Ms Hamilton had been advised by Dover she could become a representative of Dover well before these events occurred. She was a part of a ‘group application’ from a bunch of Financial Wisdom advisers who had alerted Dover to the probability of Financial Wisdom discovering compliance concerns once they left.

In the case of Mr Houghton, the royal commission’s findings are even shorter, comprising one paragraph:

According to Mr McMaster, Mr Houghton had been advised by Dover that he could join the licensee some time before he advised Financial Wisdom he was leaving and, like Ms Hamilton, was a part of a ‘group application’ from a bunch of Financial Wisdom advisers who had alerted Dover to the probability of Financial Wisdom discovering compliance concerns once they left.

Financial Wisdom did not raise any concerns about Mr Houghton. However, Colonial First State did so about six months later.

Again, Mr McMaster says the events surrounding Mr Houghton’s banning order occurred after he joined Dover, not before as stated in the interim findings.

“More particularly, it occurred when Financial Wisdom refused to sign a single compendious client transfer and forced Mr Houghton to visit each individual client to obtain individual signatures on about 150 separate documents,” he says.

Another significant part of Mr McMaster’s objection to how the Hayne commission was conducted is in how it gave no right of response to the former Dover advisers cited throughout the hearings. He points to ASIC documents relating to Andrew Smith and Adam Palmer. One document says senior ASIC executives were happy with the advice and services provided by Mr Palmer.

“Senior executives, such as John Weaver, Christopher Newby, Lisa Saunders, Vaughn Claxton and Andrew Davison, agree with me. These guys were happy with Adam’s work at AMP,” Mr McMaster says.

“Since joining Dover in April 2015, Mr Smith has not received any client complaints, and Dover has not identified or reported any adverse matters,” the document said.

Mr McMaster says each client file was in their best interests and appropriate to the client’s circumstances.

He concedes there were a few minor glitches and a few unticked ASIC boxes, but nothing significant and definitely nothing worthy of the treatment Mr Smith ended up receiving.

“The three ASIC executives concluded Andrew Smith’s work during his two-and-a-half years at Dover was excellent. This is not surprising because Andrew Smith is an excellent financial planner,” says Mr McMaster.

"The three ASIC executives recommended Andrew Smith and Dover be advised of this, and that no further action would be taken. The file would be closed.”

Ambushed by ASIC and the commission

Through all of his objections to both ASIC and the Hayne commission, what Mr McMaster found to be “extremely disturbing” was what he believes is evidence that ASIC had provided significant information about Dover’s Client Protection Policy (CPP) to the commission well before 22 March 2018.

In other words, ASIC advised the commission of its concerns with the CPP before it advised Dover. Mr McMaster says this is evidence that ASIC “set up” Dover’s downfall at the royal commission hearings.

“Dover co-operated fully with ASIC. This contrasted sharply with the lack of co-operation of other large AFSLs,” Mr McMaster says.

Despite what Mr McMaster refers to as Mr Costello’s “indignantly loud insinuations and accusations that the CPP was Orwellian and deceptive” during the hearing, the interim report suggests otherwise. Significantly, he points out that the commission does not find that Dover engaged in deceptive conduct in the interim report, qualifying its conclusions by introducing the word ‘may’ multiple times throughout.

The myth that Dover’s CPP is deceptive is further thwarted following a review of the CPP by its advisers, its clients and its legal/compliance staff, according to Mr McMaster.

“This must be stressed – despite ASIC searching long, far and wide for a complainant there is no evidence of a client being prejudiced by the CPP. There has not been one complaint since the CPP was introduced in 2015.

“No Dover staff member expressed any concerns about the CPP. This includes the staff on Dover’s compliance committee, and Dover’s other two responsible managers, Florence Tee and Yin Low.”

However, when he was put on the stand, Mr McMaster was not prepared for most of the questions asked by Mr Costello. He thinks he’s the only witness misled this way and was subsequently ambushed.

For example, Mr McMaster says Mr Costello criticised Dover for an incomplete response to a request for detailed information on 23 April 2018 without disclosing that Dover had only three working hours’ notice. He says commissioner Hayne must have known about this since he was the one who signed the request.

“Mr Hayne must have known Mr Costello’s apparent indignation was inappropriate and feigned. This is particularly since Mr Costello also failed to disclose that Dover followed up on 24 April 2018 asking if the information was satisfactory. The royal commission’s legal team said it was,” explains Mr McMaster.

“Dover obviously did co-operate, particularly once Dover established Mr Hayne’s confusing initial invitation did not ask Dover to report on other AFSLs, but asked Dover to self-report,” he continues.

Beyond the final report

In concluding his letter in response to the interim report, Mr McMaster writes:

Based on that, it seems unlikely that Mr McMaster will be receiving an apology anytime soon or at all from either ASIC or the commission, public or private. Regardless of your opinion around his sentiments, what is undeniable is that it’s clearly not the tone of someone looking to back down. 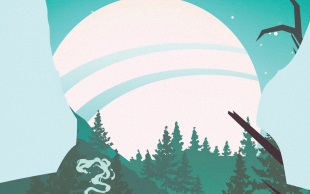