What's in a name?

ASIC has clarified its position on the definition of independence in the Corporations Act, sparking a debate of theatrical proportions.

For advisers who identify as part of the non-aligned movement, the morning of 27 June 2017 provided some Shakespearian drama.

After years of political back-andforth on the topic, the corporate regulator revealed its position that advisers that use the terms ‘independently-owned’, ‘non-aligned’ and ‘non-institutionally-owned’ can now only do so if they meet the criteria set forth in section 923A of the Corporations Act.

That means thousands of small businesses who either have their own AFSL or use one that is privatelyowned and unaffiliated, but also accept commissions on insurance products or some grandfathered pre-FOFA ‘conflicted remuneration’, can no longer use these terms when marketing themselves to consumers.

The response from the non-aligned movement was decisive, with ASIC’s intervention seen as anticompetitive and a boon to the banks at the expense of consumers who desperately need greater choice and disclosure in financial services.

But on a deeper level, the development also poses that Shakespearian question that Juliet pondered thoughtfully upon meeting her star-crossed beau: “What’s in a name?” the young Capulet asks rhetorically. “That which we call a rose by any other name would smell as sweet.” Independently-owned and non-aligned advisers now face the challenge of asking themselves similar questions: is there another name by which they can mark themselves as different from those aligned to the institutions? Will a new name smell as sweet? Are they really that different from other roses in the first place?

From forth the fatal loins of ASIC's s923A crackdown hath sprung a flurry of panic and rage; some advisers declare mutiny, others are calmly contemplating: what's in a name?

Having made sacrifices to refrain or wean themselves from institutional influence, many intend to find a way to continue to disclose this to consumers and to continue forming the independent and non-aligned community that has been emerging and growing stronger in recent years. Let us hope their chances are less tragic than Shakespeare’s young lovers.

War of the Roses

According to lawyer Arwed Turon of Turon Legal, ASIC has grappled with the terms “independent” and “independently-owned” since 1977.

Many years later, the FOFA reforms failed to definitively deal with the subject, nor did David Murray’s inquiry into the financial system. Under the provisions of the Corporation Act, financial services providers cannot describe themselves as “independent”, “unbiased” or “impartial” unless they meet certain criteria, namely that they do not receive non-rebated commissions, “forms of remuneration calculated on the basis of the volume of business placed” or “other gifts or benefits from an issuer of a financial product which may reasonably be expected to influence the person”.

That much has been clear for some time. What has been less clear is the corporate regulator’s interpretation of the more nebulous terms ‘independently-owned’ and ‘non-aligned’, which many advisers (and this publication) have used to describe those advisers that do not meet the aforementioned definition but are not affiliated with the major product providers.

The announcement of 27 June certainly offered the clarity it promised. But it also caused an almost-instantaneous rift in the financial advice community between those that felt the interpretation was fair and others that felt it unjustly penalised those non-aligned advisers.

The Association of Financial Advisers (AFA) and the Association of Independently Owned Financial Professionals (AIOFP) swiftly indicated their support for repeal of the relevant legislation, arguing that ASIC’s definition is too “restrictive”.

By contrast, two other bodies representing advisers, the Boutique Financial Planners (BFP) group and the Independent Financial Advisers Association of Australia (IFAAA), supported ASIC’s clarification, while the Financial Planning Association (FPA) issued a legalistic statement welcoming the clarification that many members took as an endorsement of the status quo. While ASIC sought clarity in the market, instead the announcement seemed to create confusion and disruption. For some there was simply an element of frustration and even sadness, well surmised by MyPlanner Australia managing director Philippa Sheehan.

“After years of making sure we are not product owned or aligned, this is pretty disappointing,” Ms Sheehan said simply.

A word of advice

Affected advisers have now been given six months to comply with the new directive and remove any misused words from relevant marketing materials. While some are focusing efforts on lobbying or litigation, advisers who do not wish to defy their regulator will consider the use of other words to differentiate themselves.

For now, Brett Walker, director of SMART Compliance and a former investigator at ASIC-predecessor organisation the ASC, recommends that advisers who own their own businesses and are not aligned to the institutions use the term “privately owned”. “I also think they can honestly say of themselves: ‘We are able to select financial products and strategies without being told what to do by a product issuer.’

That said, in the current environment I would not be surprised if such a phrase was also proscribed in due course,” Mr Walker says.

Some advisers have responded by introducing disclaimers that clearly summarise their business models. Despite disclaimers often adopting legalese, Experience Wealth principal Steve Crawford, for example, has developed one that speaks plainly and directly to his clients: “To provide advice we need to be authorised by an AFSL.

We went to the trouble of applying to ASIC for our own AFSL. So the only people who control which products we recommend are the Crawford and Williams family – the owners of our licence.

Most planners in Australia are authorised by the big banks. The banks get to say which products they can recommend, which usually includes the products they own.”

Further, financial services lawyer Sophie Gerber of Sophie Grace Compliance reminds advisers that words matter verbally as well as on paper. “If something ends up in a FOS complaint with an accusation that the advice firm has promoted itself verbally using the restricted terms, FOS is always going to prioritise the consumer over the adviser or give the benefit of the doubt,” Ms Gerber says.

ASIC’s crackdown on non-aligned terminology is not yet written in law, instead taking the form of a regulatory opinion based on external legal advice.

But nonetheless, legal experts say failure to comply with the regulator could have fatal business consequences. According to Mr Walker, ramifications for non-compliance could include being stripped of an AFSL or banned from the industry.

“Obviously ASIC has drawn a line in the sand,” Mr Walker explains. “I suspect most likely they would impose an enforceable undertaking on any AFSL that they felt breached s923A in first instance but if, for example, a defective disclosure document was issued (FSG, SOA) based upon a breach of s923A, there are significant offence provisions.” Under s923A, the fine for misuse of a prohibited term is 10 penalty points, or $1,800, per day, Mr Walker says.

“In our experience, what would happen is ASIC contacts a firm to discuss a concern,” she says. “It would be very unlikely for ASIC to launch in with an accusation of a breach straight off the bat – they’re going to say something like ‘Look we’re concerned, can you please give us some more information to explain your position’, and then depending on your response they either agree with you or they say they’d like to keep talking about the issue.”

Regardless, if there are advisers out there who are feeling nervous, Ms Gerber says perhaps they need to re-consider exactly how “non-aligned” they are. “If you feel nervous about getting contacted by ASIC in regard to this then there’s probably something wrong with your ‘independence’ or ‘non-alignment’,” Ms Gerber says. “If you feel nervous about this point don’t use the terms.”

A smell as sweet

Ben Nash, founder of Pivot Wealth, argues a ‘non-aligned’ advice practice by any other name would still be non-aligned. Regardless of the catch-phrases and breadth of diction permitted in an adviser’s vocabulary, it is the processes and services provided by a business that define it and which matter most to consumers.

“Whilst it’s important for an adviser to be able to differentiate, the way non-aligned advisers really differentiate is through the services they provide not the actual technical language they use,” Mr Nash says.

“Making it really clear to clients that there is not an incentive for you to be recommending a particular path, direction or product solution for them gives a lot of confidence and peace of mind in the decisions they make with you but I think that comes back to the conversations that you have with them and how you help as opposed to having a catchphrase on your website.”

“Don’t let this minor topic of section 923(A) overshadow all the good we do for clients (i.e.: adding to their overall quality of life through better financial choice) and society as a whole,” he says.

Some have described ASIC’s clarification as the “death knell” of the non-aligned advice sector, triggering heated retaliation and the threat of a mutiny in the courts. Some have responded with a nonchalant shrug, unconcerned with the weighting of names.

Others believe it will add fire to the independent movement and others still have simply called on their peers to get on with their lives.

Regardless, the corporate regulator – knowingly or otherwise – has set the stage for an ongoing debate on the importance of words in describing the value of advice and the role of identity politics in this niche business community.

It is a debate that ifa, with eager ears, attends.

What's in a name? 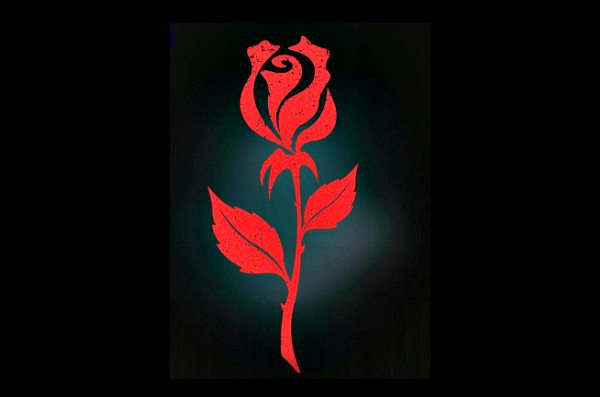