Barry Lambert, who features on the BRW Rich 200 list, made his name and fortune by going head-to-head with the accounting and financial services in Australia. Now, he’s fighting for a very different cause

Despite his best attempts to wind down his career, Barry Lambert, at the age of 70, still has his work cut out for him.

After selling his professional services network Count Financial to the Commonwealth Bank in 2011 for a whopping $373 million, it would have been understandable for Mr Lambert to sit back and enjoy a well-earned retirement.

Instead his career took a new turn, which saw him overseeing the successful IPO of SMSF software provider Class in 2015 – now worth more than twice its initial offering.

Building a multimillion-dollar company from scratch is an accomplishment few can lay claim to, but Mr Lambert is characteristically modest about his achievements.

“I built a business, which is hard work, and listed a few companies because I had to, but I don’t pretend to know everything,” he says.

Mr Lambert grew up on a dairy farm outside Taree, NSW and his early life was challenging.

“I was more or less an orphan, you could say. My mother died when I was 10 and my father was not very attentive, you might say. He lost the family farm.”

Where his father struggled, Mr Lambert developed an early interest in business.

He landed a job as a bank teller at a local Commonwealth Bank branch straight out of school, later moving to Sydney to study commerce at the University of New South Wales.

However, he realised the city wasn’t for him.

“I wasn’t cut out for the city so I applied for a transfer and they sent me to New Guinea up in the beautiful highlands and I had the time of my life. I came back to Australia, married the missus and moved to Coffs Harbour,” Mr Lambert says.

After moving up the ranks of the Commonwealth Bank and working in several NSW branches, he decided to leave the bank and start an independent financial services network.

“I left to set up my own business because I didn’t like what the bank was doing on the investment side at the time, putting all of people’s money in term deposits which isn’t the way to invest long term,” he recalls.

The decision to establish Count Financial arose from the way the financial services industry was run at the time.

“Had I wanted to be part of that industry, I would have been with life agents and property trusts and this sales-based culture. I was a banker and an accountant, not a salesperson so I thought I could do it differently,” Mr Lambert says.

At a time when accountants were bleeding clients to life agents, Mr Lambert travelled around the country recruiting them to join what would quickly become the widest independent network of financial services in Australia.

“The accountants loved us because they hated these other guys. I could never compete with guys like AMP on their turf because they’re trained sales people,” Mr Lambert says.

“It’s suited my style. That was part of me getting the big picture right and that’s what it all comes down to.”

Mr Lambert was ahead of the game and his idea could not have been better timed. But as his network grew, he made some enemies in the industry.

“They hated us because we were different,” he recalls.

This point of difference was both what drove Mr Lambert’s success and upset many in the industry. In the 1980s, financial services professionals were still unable to advertise on name or charge commissions. He was pushing for both, and says it was a pivotal time for the industry.

Mr Lambert says he realised then that accountants and financial advisers had to be allowed to compete.

“If you think that your members will make the best financial advisers, you have a moral obligation to the community to let them in and compete, and the best system will win out,” he says.

“People said I was mad for that.”

Know when to hold them

Faced with opposition, Mr Lambert – who was unwavering in his vision of the industry – dug his feet in.

When asked why his approach was so successful, Mr Lambert’s response is characteristically straight.

“There’s a saying that I only heard the other day but it sums it up. You’ve got to know when to drown the puppies. If you’ve got a litter of puppies, you only keep the good ones and it’s the same in business.”

For a country boy who grew up on the family farm, the answer is a fitting example of Mr Lambert’s no-nonsense approach.

“A lot of people hang on to a business when the macro’s not right. I can look at a business and say, ‘No, I don’t want to be in that. It’s too hard, it’ll never work,’” he says.

“Whereas some people think if they work hard enough, it’ll come good. Some businesses will just never work due to competition or change or whatever it might be. You’ve got to get the big picture right.”

When the going gets tough

Throughout the interview, it becomes evident that despite an enviable career, Mr Lambert’s proudest achievement is his family. Boasting about his children and grandchildren, he scrolls through photos of family holidays and provides a running commentary.

When he and his wife, Joy, were living in Coffs Harbour, their second child Nadene died at the age two after she was diagnosed with macrocephalia, a rare condition that causes the brain to swell.

Katelyn showed signs of Dravet syndrome at five months, and it took another five months to reach a diagnosis.

One in five Dravet syndrome sufferers die during an epileptic fit. Treatment options are limited, with varying levels of efficacy, and most children with Dravet syndrome have some degree of intellectual disability.

While searching for something to stop Katelyn’s seizures – which can last for hours – her dad Michael stumbled on an online documentary about the positive effects of medicinal cannabis.

The family imported cannabis oil from Denmark. The treatment transformed the young girl’s life, almost ending the seizures entirely which allowed her to attend pre-school and kindergarten like other children her age.

“She went to school this year. She’s doing very well. Because of all the seizures she had when she was young, she doesn’t talk very much. She goes to a special school on the Central Coast. The seizures have stopped,” Mr Lambert says with pride.

“She has a paste that she takes twice a day, just as you would have a dab of Vegemite on a biscuit.”

The treatment gave Katelyn a new lease of life.

“In the first two years since she was diagnosed, she spent 54 nights in hospital. Then in the next two years she only had three hospital visits, and in the last 18 months she hasn’t had any.”

Put your money where your mouth is

While the treatment has changed Katelyn’s life, it is still illegal under Australian law.

“You have to find one of 23 doctors in Australia who are authorised to prescribe it and for privacy reasons, no one can reveal their identities,” Mr Lambert says.

At the time of writing, the federal government has issued a single domestic licence for cultivation. It legalised the importation of cannabis for medicinal use in February this year.

“There’s simply no access to it and in the meantime, our granddaughter and everyone else is using the black market, and the black market is getting bigger and bigger,” Mr Lambert says.

Recognising both the need for reform and the opportunity such an industry presents, Mr Lambert has put his substantial wealth behind the industry.

In 2015, he made headlines when he donated $33.7 million to the University of Sydney’s research on the medical applications of cannabis. It was the largest single largest donation in the university’s history.

Mr Lambert has since partnered with Thomas Jefferson University in Pennsylvania where restrictions are far more relaxed. With his funding, the university founded the Barry Lambert Centre and intends to conduct four medicinal cannabis trials by the end of this year.

Mr Lambert is hopeful the results of the trials will put an end to political opposition to the legalisation of cannabis for medicinal purposes.

“We had a really interesting meeting with a senior public servant the other week who said it’s a political issue and that this won’t get far until you get politics changed,” he says.

“However, what the government has to realise is that this has more than 90 per cent public support.”

Mr Lambert has already affected change in this space. As an advisor of Ecofibre, a developer of medicinal cannabis products, he advised the board to move its operations to the US where it will not be subject to the same restrictions.

The company closed its 340-acre farm in the Hunter Valley, NSW and moved its operations to Kentucky.

Mr Lambert remains adamant the Australian system needs reform and similar to the fight he inadvertently picked up with the accounting and financial services sectors, he is not backing down.

“We’ve got a big fight with the government but I’m from the country, and one of five boys. I’m up for it, I love a scrap.” 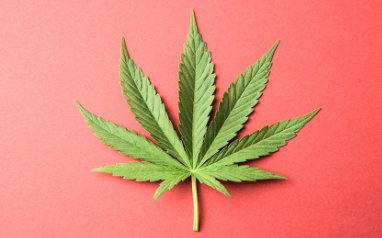