‘Two heads are better than one’

The founders of Plenary Wealth tell ifa how building a non-aligned business from scratch, and as a team, has set them up to make an impact.

It was after meeting within a peer network – at a dealer group for which they were both working – that Joshua Cratchley and Julian Nowland recognised a strong alignment in their individual passions and visions for financial advice.

With the mutual desire to carve out their own destinies within the industry, Mr Cratchley and Mr Nowland set about building Plenary Wealth – the vehicle through which they would pursue their vision.

That vision was of an innovative advice industry, renowned for transparency and reliability, and one that prioritises education and mentoring and places them only slightly below its commitment to long-term, intimate and fruitful customer relationships.

“We became friends first which is how we began to realise there was a very prominent similarity in the way we both saw financial advice and our opinions on client engagement and management,” Mr Nowland says.

“Those discussions built to a point where we decided we really should be working on this together – two heads are better than one. That was the genesis of Plenary Wealth."

Despite emphasising that their decision to start the business from scratch was one of their biggest challenges, Mr Cratchley and Mr Nowland say growing Plenary Wealth organically was important to their achieving a robust and loyal client base with relationships that thrive long-term.

“We didn’t want to purchase a client base that might not be ideal for us. We have a 30-year vision for this business and if we’re going to spend the next 30 years with people, we want to like them and we want the relationship to be strong.”

“Starting from ground zero,” Mr Nowland adds, “was a really important decision for us in terms of growing the business. We want a set number of highly engaged clients that are going to be promoters of our business and really want to be part of our community.”

Being non-aligned was also paramount to maintaining their focus on quality over quantity, say the two co-founders of Plenary Wealth.

“Our strongest point of difference is that we're not aligned to any of the banks. There are advantages and disadvantages to that, but more than anything, being non-aligned ties in with the vision for our business,” Mr Cratchley says.

“If we are going to be around for more than 30 years, we're looking to establish relationships on that horizon, not make money out of our clients in six months.”

Towards innovation and education

Having worked for small businesses throughout his career, Mr Cratchley says he would now like to see Plenary Wealth establish a mentoring program to open up opportunities for new advisers entering the industry.

“If we are to mature as a profession there has to be a wider range of accessible career opportunities available to new advisers that extends beyond taking positions at the major banks,” he says.

“At the moment, the go-to for a lot of graduate financial planners is one of the big banks – there have to be other options.

“I would like to see Plenary Wealth – and the industry in general – develop a focus on mentoring in the same way that a builder trains up an apprentice and shows them how to run a business, rather than having that apprentice work for them for the next 30 years,” Mr Cratchley says.

Following its winning the title of this year’s Fortnum Financial Next Generation Practice of the Year, Mr Nowland says he would like to see Plenary Wealth push boundaries with client engagement and innovation.

“A key passion of mine is finding better ways of enhancing client engagement and experiences through technology,” he says.

“The industry can sometimes get too focused on solutions for the adviser and fail to focus enough on what the tangible benefit is for the client.

“Client preferences on how they want to receive their information can differ immensely depending on generation, industry, lifestyle etc. It's important that we are constantly looking at better ways of communicating what can be extremely complex information in efficient and powerful ways,” Mr Nowland says.

‘Two heads are better than one’ 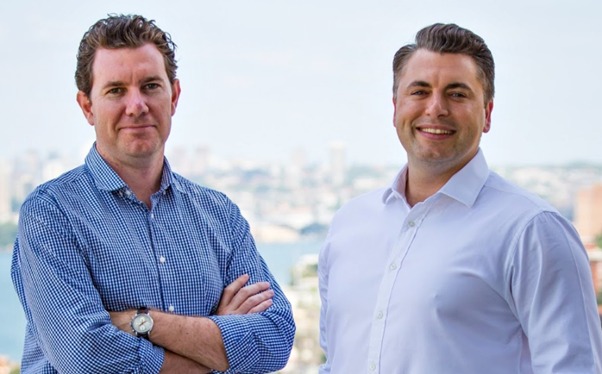