Bridging the divide with accountants

Regulatory changes, as well as fintech and robo-advice, have affected both advisers and accountants, with collaboration between the two groups now more important than ever in servicing the client.

“The sorts of things an accountant would say to me would be around a concern that a financial planner is doing [advice work] for the wrong motivations, for selfish reasons in terms of remuneration – that they’re gouging the client and not thinking about the total picture,” he says.

Accountants – rightly or wrongly – also view themselves as more qualified and academically grounded in understanding tax structures and are perhaps a bit intolerant of others who come in and don’t have that understanding, he adds.

On the adviser side, Mr Charlton notes advisers sometimes harbour frustrations that accountants will act negatively towards anything they put forward.

“The planner has suggested a course of action; the accountant says, no – that won’t work – but doesn’t propose anything else, so the net result for the client is nothing,” he says.

“There are lots of planners who would like to engage more with accountants, but accountants have traditionally been very wary about introducing planners to their clients.”

That, however, may soon change thanks to new legislation covering the provision of advice as well as the continuing emergence of fintech offerings.

Cocalex Consulting’s senior finance and business strategist, John Maxwell, says there is now a significant opportunity for advisers and accountants to work collaboratively.

“Don’t wait – this is a real opportunity,” he says. “The timing is now to be partnering with the other services, and to really focus on creating that seamless customer experience.”

One development that may greatly alter the adviser/accountant dynamic occurred on 1 July, when the accountants’ exemption came to an end.

Accountants can now no longer provide advice to clients on SMSFs without an Australian Financial Services Licence, so they must either apply for a full AFSL or a ‘limited’ AFSL if they are to continue to provide SMSF advice. The limited licence, however, places significant restrictions on the type of SMSF advice that can be given, while the benefits of the limited versus the full licence continue to be a subject of debate.

Mr Charlton says accountants have had three years to transition to “the new financial world”.

“Not many accountants are happy about it, but the optimist in me says to embrace it,” he says. “Let’s look for the positives – on how there will be more collaboration between the two and how that can add some value.

“In the process, accountants might find that they can add value to themselves by adopting that approach.”

Sacha Loutkovsky, director of the Western Sydney-based risk advice firm Orion Financial Group, knows all about how advisers and accountants can struggle on speaking a common language, considering her practice recently merged with an accounting practice.

She believes that with the end of the accountants’ exemption, the lines separating advisers and accountants have become clearer.

However, she says financial advice and accounting advice have always been separate, noting differences in the way in which a client is engaged about financial strategy as opposed to tax strategy.

“There’s never been a better time to seek out an accountant, because when your client asks you, ‘Hey, is my lump sum that I received from my specific injury benefit on my income protection tax?’ I know the answer, but I can’t tell you because otherwise I would get into trouble if someone finds out.”

Despite the many differences and lines of division laid out between advisers and accountants, putting a clearly defined plan in place is perhaps the easiest way to form an effective, collaborative relationship with an accountant.

According to Ms Loutkovsky, it simply boils down to common sense and doing your research to understand an accountant’s business and the kind of clients they look after, as well as understanding that their mindset is more technical in approach.

“You’ve got to do your research and your groundwork. You have to understand how accountants think and how they work,” she says.

“You wouldn’t go into any relationship, even talking to a potential client, without having done at least some stalking online, such as finding them on LinkedIn.”

Mr Charlton suggests that advisers don’t view accountants as “a black box that has to be worked around” when serving a client.

“The planner has always got to be extending the hand of friendship, notwithstanding the fact that they may have had that hand trodden on by some accountants in the past,” he says.

Mr Maxwell adds that putting a clear plan in place is crucial to building trust between advisers and accountants.

“Communication and that clearly defined plan is essential,” he says.

Advisers should first be empathetic and focus on the client’s experience.

“Sit in their shoes, appreciate more about what it is that customers need and want,” he says.

Second, advisers should embrace the changes in technology.

“Systems are fantastic in creating seamless software that can actually create that experience for both the customer as well as the adviser,” Mr Maxwell says.

“The customer is going to need the whole variety of professionals, and each professional is duly rewarded for their role.”

Also, advisers shouldn’t be fearful that robo-advice and other fintech offerings will take away their business, says Mr Maxwell.

“It’s important to understand that clients are always going to want to deal with a professional who they can trust, and who is going to provide them with the solutions,” he says.

While time consuming to develop, for Ms Loutkovsky, putting together a process map proved to be incredibly helpful in improving how her firm relates both to clients and other professionals.

“It doesn’t have to be complicated,” she says. “All the tools you’ll need to run a business are online; you just have to ask the right questions. Our process map is literally an Excel spreadsheet with hyperlinks to the key documents.”

However, she warns, one pitfall that advisers should be aware of when creating a process map is going ‘gung-ho’ in developing it but then struggling to keep it updated to reflect continuing changes and adjustments in processes.

“It really needs to become systemised in your business – every month, review that process map and continually take feedback from your staff,” she says.

Despite their historically having operated on ‘different wavelengths’, advisers shouldn’t be discouraged should an initial engagement with an accountant not bear fruit, says Ms Loutkovsky.

Accountants are very structured, very numbers-focused and also focused on a particular outcome; advisers have to be much more fluid in their relationships with their clients, she says.

“It’s a totally different angle, and so I think a lot of advisers and accountants lack a common ground on which to talk,” she says.

This, however, should not discourage advisers from trying to form relationships.

“Don’t be discouraged, because it’s a tough nut to crack,” Ms Loutkovsky says.

“Also, really listen. Listen to what the potential source in question is or isn’t telling you. I mean, this is just Relationships 101 more than anything else.

“If you keep hitting your head against the brick wall after 12 months-plus, I would probably let it go and move on to the next one. There is no shortage of accountants around Australia.”

Bridging the divide with accountants 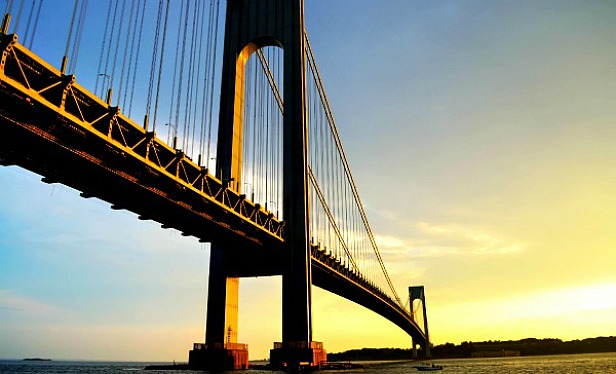