The road to Main Street

Charles Badenach and his business partner, Rebecca Fergusson, had thought for a long time about establishing their own financial services practice.

It was 2013, and Mr Badenach had been working at Shadforth Financial Group’s Hobart office for more than 13 years.

“When we worked at Shadforth together, we discussed the issue generally for many years but we both enjoyed the environment in which we were working at the time, so we always put those thoughts on the backburner,” he says.

But as the environment changed from a boutique to a big corporate, Mr Badenach says he and Ms Fergusson’s shared desire to take control of their own destiny had become too powerful to ignore.

They both resigned on 7 November 2013 and began to set up what would become Main Street Financial Solutions.

Mr Badenach had six months of gardening leave after leaving Shadforth and used that time to establish the infrastructure of the new practice.

“Under the terms of our contract, we weren’t allowed to work in the industry for six months,” he says.

“During those six months, we basically treated it like we were still working, so we met at 8:30 every morning – me dressed in my suit – and worked until 5.”

They worked through a checklist, seeking advice from peers, engaging third parties, and obtaining assistance from business partners in dealing with their dealer groups.

Mr Badenach notes that the key in their setting up Main Street was probably the fact that they worked on building the back end of the business first, rather than trying to generate clients from day one.

“There’s a lot of stuff you need to do, whether it’s designing stationery, auto-signatures, getting freelancers for design work, building the intranet, setting up contracts, business cards – all the things you just take for granted when you’re in a cosy corporate cubicle,” he says.

“That’s what has really given us the platform to actually hit the ground running because we were very conscious of when we opened the door on day one, when a client came in we had to act like we’d known them for over 40 years.”

Mr Badenach adds that his business partnership with Rebecca Fergusson – whom he describes as a very smart woman and “a bit of a gun” – is behind much of the success of Main Street Financial Solutions.

“Back in the early 2000s, she won a number of national awards as Adviser of the Year, and was always attending the Financial Review masterclasses,” he says.

“She was also a regular contributor to The Australian newspaper as well as being a chartered accountant – so it’s not only me that drives this.”

Mr Badenach has both a great business partnership with Ms Fergusson and a longstanding friendship.

“I’ve known Rebecca for about 35 years, since she was a couple of years outside of school,” he says.

Mr Badenach says that one thing suburban planners must be conscious of in a post-FOFA world is using client engagement as a significant part of the value-add.

“You have to have contact with your clients and you need to have a very structured approach in terms of when you’re having your review days, and you have to add value to them,” he says.

“When you sit down with them and go through the fee disclosure statements and you’re asking them to sign the ongoing renewal agreement and you haven’t done that, you will lose a client.”

As for Main Street, Mr Badenach feels that sustainability, efficiency and leadership are more important for the firm’s future than simply fast growth.

“We don’t want to necessarily be the biggest business around, but what we want to do is be recognised as a global leader in providing financial advice in a boutique, fee-for-service, team-based environment,” he says.

The road to Main Street 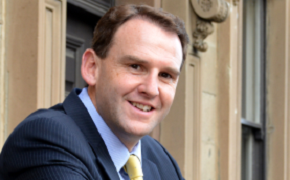