When introducing the Life Insurance Framework legislation in parliament, Assistant Treasurer Kelly O'Dwyer made a point of emphasising that it was the industry's joint efforts that led to the final outcome.

THE SAGA of the reforming of the retail life insurance sector looks to be nearing its end with the legislation to bring into effect the Life Insurance Framework (LIF) passing through the House of Representatives.

A product of nearly 18 months of intense debate and consultation, the reforms will bring about the biggest shake-up the insurance industry has experienced in over a decade.

In fact, when introducing the legislation into Parliament, Assistant Treasurer Kelly O'Dwyer said the reforms represent the most significant "improvements to the remuneration arrangements in the life insurance advice sector" since the Wallis Inquiry recommendations were implemented in 2001.

While the introduction of the legislation in mid-February was by no means unexpected, what did grab ifa readers' attention was the means in which Ms O'Dwyer introduced the bill.

Rather than outlining what it will mean for the sector – coupled with her same message that the reforms will lead to better consumer outcomes – the minister used her speech not only to point out it was the industry itself that led to the creation of the LIF, but also to "publicly thank and acknowledge" the industry for its "collaborative efforts".

"This bill shows what can be achieved when government, business and the community come together to achieve better outcomes," Ms O'Dwyer said during her speech.

"In particular, I wish to specifically acknowledge the work of the [AFA, the FPA and the FSC] in working together to achieve sensible reforms for the sector which will benefit consumers through the provision of more appropriate advice and the long-term sustainability of the industry."

Ms O'Dwyer went on to quote the approval that representatives of the three industry bodies had given to the final version of the LIF, which was announced in November 2015.

"[The FPA] welcomed the industry package as 'fair and workable'," Ms O'Dwyer said.

"AFA national president Deborah Kent said that the 'reduced clawback to two years brings greater fairness to the Life Insurance Framework' and is 'a great relief for our members, particularly those that own and operate small businesses'."

The Assistant Treasurer even quoted the FSC's director of policy, Andrew Bragg, who had said, "the Hon. Kelly O'Dwyer's statement on the way forward on life insurance advice is a positive first step in lifting industry practices to improve consumer outcomes".

Advisers have often recoiled at the notion that the reforms will lead to better outcomes for consumers – especially given that the reforms had not been means-tested by the government – but praising the industry for the creation of the reforms really hit a nerve.

This was especially the case given the widespread disapproval ifa readers have for the reforms.

In fact, some readers called out the advice bodies as to why Ms O'Dwyer had praised the industry so much.
"Where are the comments and voices from the AFA and FPA at this time? Speak now and help us understand why [Ms O'Dwyer] has made these comments," one reader had said.

"Congratulations, AFA," said another reader. "You keep protesting that you were not in agreement with the insto-funded FSC push to fundamentally erode consumer advice and choice. However, the Parliament has now acknowledged your assistance in making it happen."

Federal Labor has also given a very loose approval of the legislation, stating that it is "worthy of support". Although the shadow minister for financial services and superannuation, Jim Chalmers, added that the bill is "not perfect".

"It is my view that although these changes are worthy of our support, we should consider them as a step in the right direction and not the arrival at a final destination," Mr Chalmers said.

Despite the bipartisan support for the reforms, Liberal backbencher and federal member for the Queensland electorate of Forde, Bert van Manen, told Parliament he cannot support the bill in its present form due to the "significant damage" it will inflict on independent financial advisers.

"We risk losing our independent financial advisers as a result of this bill, exposing consumers to the risk of losing access to unbiased, broad-ranging market research, and they do not even know," he said.

"These reforms cannot be rushed without understanding the significant collateral damage being done by insurance companies to IFAs. Consumers will, unfortunately, be the losers from these reforms if there is no obligation on insurers to deliver any benefit to the consumer," Mr van Manen said.

With the legislation passing through the lower house and referred to a Senate committee for review, it seems very unlikely that any major changes will be made – although that has not stopped some, namely the LICG and AIOFP – from trying to amend the legislation.

With the government determined to implement the reforms to meet the 1 July 2016 start date, it would, more or less, take a miracle for advisers to see a better outcome. l 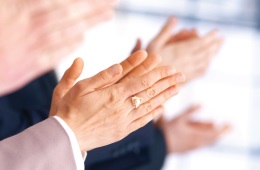