We recently conducted research to assess West Australians’ perceptions of the financial advice brands on offer, and the picture it painted wasn’t pretty.

We surveyed more than 800 West Australians – some who seek advice and some who don’t – and asked them to rate the advice brands they were familiar with on five key metrics: trust, customer focus, reliability, authenticity and emotional appeal.

The West Australian newspaper ran an article in Your Money which largely focused on how much the WA public distrusted the financial planning industry.

The reality is, bad news sells, and while it might not have been the only angle they could have run, the data did suggest West Australians would probably place more trust in their hairdresser than the average financial planner.

But I think the more interesting story is the huge gap in perception between those who receive advice and those who don’t – and why that gap exists – and I think this finding warrants further discussion.

Let’s start with the facts. We know that the average person who has an ongoing relationship with a financial planner trusts them.

On average, advised West Australians rated their planner 7.2 out of 10 for trustworthiness. Previous CoreData research of the broader Australian population indicates the nationwide average is similar.

Our research revealed that West Australians with a financial planner also rated them 7.3 out of 10 for their customer focus, reliability and authenticity. The only area planners fell below 7 was emotional appeal (6.9), and it’s arguably more important that your planner is who they say they are, does what they say they’re going to do and has you front and centre in the advice process than being someone who evokes some kind of emotional response in you.

The lack of emotional appeal is nevertheless a big problem for planners, because there’s a lot of emotion that goes into decision-making. In fact, years of shadow shopping planners tells us ‘ability to enthuse’ and ‘ability to build rapport’ are key factors that determine whether someone proceeds to engage the planner and pay for their advice after the initial appointment. If planners are failing to make an emotional connection with their clients, what hope have they got of connecting with the majority of Australians who don’t seek advice? But that’s one for another day.

The point is, in the main, planners are doing a decent job of building strong relationships with their clients. So much so that 70.5 per cent of WA advice clients say they would refer their planner to friends or family (based on those who gave a rating of 7-10 on a 0-10 scale) and one-third can be described as staunch advocates*.

But the ratings given by those West Australians who aren’t receiving financial advice tell a less rosy story. Average trust in financial advice brands among the unadvised sits at just 5.9 out of 10, with the strongest score a mere 6.1 – for authenticity. The perceived emotional appeal of financial planning brands among this cohort is a dismal 4.9.

Why the huge gap?

To state the obvious, perception is not reality. The only thing that people, who have never received financial advice from any of these brands, have to go on when making their assessments is what they think they know to be true. Their perceptions are going to be shaped by what they see and hear, and there are far more media articles talking about the problems with the financial planning industry than those focusing on the benefits of good financial advice.

I’m not in any way attempting to marginalise the impact that scandals like Trio and Storm had on the victims of the terrible and fraudulent advice they received. These companies deserved all the negative attention they got.

But, unfortunately, the wider industry was tarred with the same brush and good planners have suffered from the contagion.

The unadvised does include those who may have received advice in the past but have ended those relationships. These people may be basing their assessments on their own poor experience. We can’t shy away from the fact that there are planners out there who exist solely to line their own pockets, and while conflicted remuneration exists people will rightly struggle to differentiate.

While the intent of this latest research was merely to assess the status quo, years of research into consumer perceptions of financial advice tells us there are a few key shifts that need to happen to close this gap in perception that ultimately leads to fewer than 20 per cent of Australians seeking financial advice.

Kristen Turnbull is head of Western Australia at CoreData Group 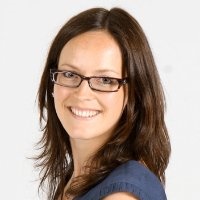