Markets can have their darlings and Australian small caps are no exception. At the start of this year, Chinese consumption plays and lithium stocks had investors enthralled and a select group recorded stellar performance. But the market can also be fickle and yesterday’s winners can be quickly discarded.

Take Bellamy’s, the organic infant formula and baby food producer, for example. Trading at close to $10 at the start of this year, the share price more than doubled in the first quarter of 2018 as investors embraced the story. Consensus earnings were revised up and Bellamy’s re-rated, with its price-to-earnings multiple expanding to over 30x.

It is debatable whether this priced Bellamy’s ‘for perfection’, but lofty valuations make any stock susceptible to disappointment should the tide of positive news flow turn. Six months on from its peak and Bellamy’s share price has halved as exuberant investor expectations have since been curbed by a delay in product registration for the Chinese market and the risk of competition.

This is not to say that Bellamy’s is a poor business. Far from it, as revenue growth of 37% and profit growth of over 60% in the year to June 2018 recently demonstrated. However, at its most recent earnings announcement in late August, management braced investors for lower revenue growth in the next financial year, given these short term uncertainties. For investors, it is a sobering reminder that expectations can sometimes run too far ahead of fundamentals.

Indeed, earnings season is typically a great opportunity for investors to look under the corporate bonnet and test their expectations against reported results and any future guidance. At the smaller end of the market, where analyst coverage is generally thinner, earnings season can be particularly useful for investors to glean information that can help form a view on a company’s prospects.

The most recent corporate reporting season, which finished at the end of August, saw a notable pick up in volatility in share price movement on the day of the announcement relative to prior reporting periods. Stocks are typically more volatile around reporting as investors react to new information. This pick up in volatility suggests that the ‘surprise factor’ was more pronounced this time.

Some of the biggest movers in the small cap space over the reporting period (July and August) were in the Information Technology sector, including stocks such as Afterpay Touch, Altium, Appen, and Wisetech Global. Over the 2 months to the end of August, these stocks have returned between an impressive 15% (Appen) and a truly staggering 94% (Afterpay Touch).

In fact these 4 stocks alone were responsible for almost all of the Small Ordinaries Index return over the period, even though their combined weight in the Index at the start of the period was less than 4%. Admittedly, the Index return was pretty modest at only 1.5%, but to have such a small part of the index contribute such a significant part of the index return is an arresting observation. Hold these stocks in your small cap portfolio at better than index weight and you look like a champion; underweight them or ignore them at your (short term) relative peril!

Growth at Any Price?

So did the earnings results justify this impressive individual stock performance, or are there other forces at play?

Afterpay Touch, founded in 2015 and listed only a year ago, allows its customers to ‘buy now, receive now, pay later’, without requiring its customers to enter into a traditional loan arrangement or pay any upfront fees and the take-up by consumers has been enthusiastic.

In the year to June 2018, total active customers nearly tripled to 2.3 million and group revenue grew by a staggering 390% to over $140mn. From a low base, operating profit grew even faster, though net earnings remains underwater. These are certainly impressive growth numbers, though at over 30x reported revenues at its recent share price peak in late August, this appears to be a very expensive price for the promise of future growth.

Did the reported numbers or outlook surprise? Certainly not to the extent that the share move would suggest. Rather, investors appear to have been more taken with the ‘blue sky’ potential of offshore markets. This can be hard to quantify at such an early stage and perhaps it’s not remarkable that the share price retreated from its August peak as investors await more substance – and indeed clarity on the possibility of more regulatory oversight.

Wisetech Global, a pioneer in bringing technology innovation to the international logistics industry, also merits a mention for its 27% share price move on the day it reported results (with a further 19% gain the following day). Tied in to the increasing appetite for retail e-commerce, the story is a powerful one and was backed up by 37% organic revenue growth over the last 12 months and 28% net profit growth.

A move of this order would suggest a massive positive surprise, but extraordinarily, the numbers weren’t too far away from guidance. Maybe there was some investor relief – when the company reported half-year results in February, the stock fell 20% after the company failed to issue an expected profit upgrade. Or perhaps investor appetite for growth is stretching to ‘Growth at Any Price’. Trading at over 90x next year’s earnings (which already includes 50% growth in earnings over the next 12 months), this would seem to be the case for Wisetech Global.

Regardless of what you think of the quality of these companies, are these valuations not getting a little rich? And given the earnings expectations that were already in the market, a sizeable chunk of the performance can be put down to an expansion in the stock’s price-to-earnings multiple.

Indeed, the Small Ordinaries Index is trading at a modest premium to its 5-yr average (17.1x vs 15x as at the start of September). A fair portion of this premium is driven by the lofty valuations in the IT sector alone, trading on a multiple of nearly 35x, close to a 50% premium to its 5-yr average. Perhaps half of the Index’s premium can be explained by this sector alone (which only accounts for 8.5% of the total).

For investors in the small cap space, particularly those that have a full weight to these higher priced names, perhaps it is time to re-consider broader opportunities. While the overall market appears fully priced, implying that expected index returns from here may be more muted, there are pockets of better opportunity.

The size and value premias have historically been a mainstay of long-term investment performance and while small caps have provided decent returns (+22% over the 12 months to the end of August), value has lagged behind high growth/ high PE stocks. Narrow market leadership and rich valuations leaves some elements of the small cap sector vulnerable to disappointment.

On the other hand, valuations remain compelling in areas where the market is too pessimistic on earnings. In particular, small cap cyclicals continue to offer attractive returns given the improving macro environment.

A value focused small cap approach can deliver superior risk-adjusted returns and provide balance in a diversified portfolio for long-term investors, particularly if there has been a recent focus on market darlings.

Find out more about Zurich’s Small Companies Fund at Zurich.com.au/smallcaps 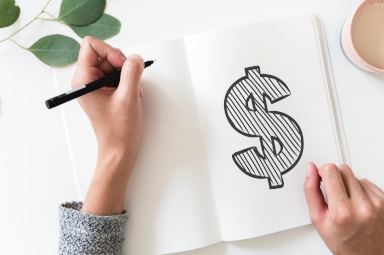 The Financial Planning Industry on the Cusp of a ‘Shazam’ Moment