Garry Lyon on The WoWcrowd

Discover a series designed to inspire, motivate and lead the Whole of Wealth movement. Stand out from the crowd. Viewers were given a glimpse into Lyon’s journey to football stardom, foray into writing - including the very popular children’s book series Specky McGee; alongside his blooming career in media.

Lyon spoke about young footballers as prime candidates for advice, as the need for financial direction was not realised until much later on in their career; leaving at least ten or so years where they could’ve started growing their wealth with better planning and guidance. He described his relationship with his adviser as familial, “I wouldn’t make a decision without consulting with my adviser. He invested in me and my family, and that’s what won me over. He got to know me and understand me to a level that left me in really good stead.” Lyon puts his greatest achievement down to his sons and the relationship he has with them.  He was able to enjoy being a devoted father as he was confident that his financial world was always in good hands.

Host, Chris Ridd - Former MD of Xero, and Director of myprosperity then led a robust discussion with panelists, Jason Cunningham, Co-founder and Director of The Practice, Matthew Rowe, CEO & MD of CountPlus, and Kim Payne, Founder of 9Rok. They delved into the importance of being authentic and investing in technology and processes that deliver efficiencies, so there's more time to form deeper and more meaningful client relationships. Relationships that go beyond annual reviews and checks, where demonstrating the value of your services is fundamentally what attracts and retains not just high profile clients but any client.

If you missed this great episode, register for WoWcrowd now to watch the full episode. You’ll also be the first to watch future released episodes;  discover the brilliant line up and theme for upcoming episodes; gain access to previous episodes, CPD points, and special insights reports; and be part of the Whole of Wealth conversation.

If you missed this great episode, register for WoWcrowd now to watch it in full.

Garry Lyon on The WoWcrowd 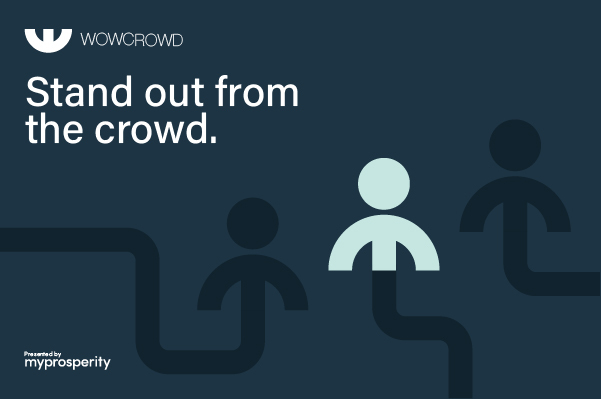 VIEW ALL ARTICLES
discover
0 commentsjoin the conversation
discover
Why advisers who don’t embrace digital will be left behind
Are you still relying on client referrals to build your practice? Try this instead