Recognising staff for their achievements and keeping them wanting to come to work can be a difficult task. Thankfully, there are ways of doing this that won’t break the bank. Why is staff reward and recognition important?

For most businesses, staff wages and associated expenses are by far the biggest cost to the business. So it makes sense that any business should be getting the best return on its biggest cost: hence why productivity is so crucial to success.

Yet many business leaders overlook this point, and risk doing so to their own detriment.

Employees want to feel appreciated for their efforts, and valued in what they are doing. A lack of recognition can lead to resentment, distrust, absenteeism and is likely to eventually result in higher staff turnover.

A large part of this reward relates to work/life balance. Employees are increasingly looking to balance their work with other aspects of their life. And while it is something many business owners lack or struggle with themselves, denying such opportunities to workers could be a recipe for disaster.

A 2018 survey of 1,000 office workers nationally by recruitment firm Robert Half found that four in five workers (84 per cent) would accept a lower salary in return for better work/life balance conditions. Such staggering figures would be hard for any employer to ignore.

More concerning is the findings from the Black Dog Institute that suggest up to 14 per cent of new cases of depression and anxiety are due to job strain.

How can employers recognise and reward staff achievements?

Mention “staff rewards” and the obvious response is to think about money. But increasing salaries is no easy feat for cash-strapped SMEs, and also not the be-all and end-all for employees, as previously outlined.

There are, however, a diverse range of options employers can use to reward their staff’s hard work and dedication.

Some alternative options include:

See also how to relieve some of the other common HR headaches business owners face.

A booming real estate group in Australia has seen significant growth in the listings they’re making.

However, with this growth came a blowout in costs, and it became apparent that a delicate balancing act would be needed so as not to hit a ceiling on the amount of growth that could be achieved.

The agency’s principal, Angela, undertook a review of its costs, which highlighted two primary expenses: employee wages and printing costs used for its marketing materials.

While not wanting to cut employee salaries or reduce commissions to its salespeople who had been responsible for delivering its stellar growth, Angela wanted to explore how to contain wage growth and implement alternative methods of rewarding her staff.

She also wanted to reign in the cost of printing, and believed that the higher volumes she was ordering entitled the agency to a better deal.

In doing so, Angela recognised the business would now earn even more Qantas Points in addition to those that they earned through flying for business with Qantas and with the American Express Qantas Business Rewards Card , which she then used as an incentive for her salespeople – the best performers would receive interstate getaways paid for with the Qantas Points the business earned.

Staff morale has lifted as they have embraced the friendly competition to take out the next getaway offer.

Turn everyday business expenses into Qantas Points. Find out how to earn up to 300,000 bonus points when you join Qantas Business Rewards free and take up our partner offers by 30 June 2018. 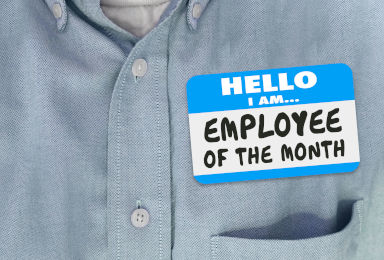