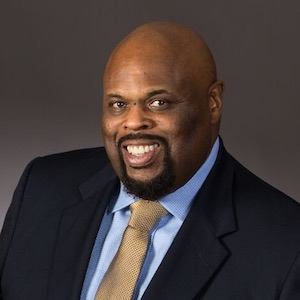 In 2017, Dr Rick Rigsby delivered one of the most passionate speeches ever heard. More than 200 MILLION PEOPLE worldwide viewed the speech in a video that went viral in just a matter of days.

When audiences hear Rick Rigsby . . . they are never the same.

Dr Rick Rigsby is President and CEO of Rick Rigsby Communications. The former award-winning journalist followed a television career with graduate school and two decades as a college professor, most of those years at Texas A&M University, where he also served as character coach and chaplain for the Aggies football team.

Dr Rick’s dynamic presentations motivate, empower and inspire worldwide — from Africa and Asia, to the Americas, Europe and Canada. Rick’s audiences include Fortune 500 companies, academic communities, and service organizations. The internationally acclaimed speaker is a favorite among professional sports organizations, including the National Football League and the PGA.

Named twice as an outstanding professor in the College of Liberal Arts at Texas A&M, Dr Rick has numerous publications. His first non-academic book—Lessons from a Third Grade Dropout—is a USA TODAY, Wall Street Journal and Amazon bestseller.